Get familiar with notable Generation 6 Pokémon from the Kalos region

With the exciting announcement that the Kalos region, aka Gen VI, is coming to Pokémon GO, it brings with it a total of 72 brand new Pokémon! It is a smaller generation, but certainly one with a lot of valuable and potentially meta relevant Pokémon, and as a newbie to the Kalos region, I’m hyped to learn more about them!

We know the first wave that is coming, but we’ll have a quick look at some of the Pokédex standouts here. The first wave are featured below.

These Pokémon have been officially mentioned in the Pokémon GO Beyond Update announcement:

ON THIS PAGE: A Beginners Guide to the Kalos Region in Pokemon GO

The Kalos region’s starters include Grass type Chespin, Fire type Fennekin, and Water type Froakie. The beginning Pokémon that we know will generate a lot of buzz is Froakie, since its ultimate evolution, Greninja, is a fan favorite. In fact, when lists of the greatest starters from each generation are created, Froakie is frequently towards the top.

Greninja is a dual Water/Dark type, and it is the first Pokémon Ash captures after arriving in Kalos in the anime. Chespin eventually develops into Chesnaught, which obtains a Fighting type, while the lovely Fennekin evolves into Delphox, which gains a Psychic typing.

The fact that all three starters have dual typing allows for some unique combinations, however Delphox and Chesnaught are often less popular because to their lower overall stats. They’ll all give some intriguing coverage in raids, and depending on the moves they receive, they could even make a cameo in PVP as some spicier options, despite their increased vulnerabilities from dual typing.

The Chespin series is a bit strange in terms of style, it is regarded a spiny nut Pokémon, drawing some influence from conkers, Fennekin is typically lauded as one of the nicer starters with its foxy look, and Froakie the bubble frog is simply a pure cuteness.

Every generation brings a fresh set of common Pokémon, and Kalos is no exception. Several of the Pokémon introduced in the initial wave, such as Fletchling as the new Pidgey type and Bunnelby as the new common normal type, will very certainly become frequent spawns.

Scatterbug seems to be the new common bug spawn when it is introduced, which might result in it requiring just 12 sweets for its initial evolution, which XP grinders will undoubtedly appreciate.

There are numerous more we estimate to be frequent spawning with a 1km buddy candy distance.

Fairy Spritzee, like Clefairy or Jigglypuff in the early days of GO, might be prevalent. Flabébé has the potential to be a lucrative common spawn due to its evolution into Florges, which we will explain in the next section.

Skiddo the Grass Goat will most likely be a popular spawn, and he’s a funny design, in my opinion. Binacle is an Aquatic and Rock type that is expected to be prevalent in water biomes, while Helioptile is an Electric and Normal kind that is also likely to be common.

Every generation of Pokémon has its own Pikachu, and Kalos has Dedenne, an Electric and Fairy type cutie. Dedenne is clearly influenced by Pikachu, but with rounder ears, a slimmer tail, and the addition of fairy type. Dedenne is known as the antenna Pokémon and will be an attractive addition to your Pokédex.

With Kalos, the current last eeveelution finally appears to Pokémon GO. Sylveon is a Pokémon it seems like we have been waiting for for a long time, with a lot of trainers conserving shiny Eevee from its long gone Community Day, ready to evolve into Sylveon, and with others saving their finest IV Eevee ready for this release.

As a pure Fairy type Sylveon is going to be a beast for battling Dragon and Fighting types, and we are sure we’ll see it make an appearance in many raid groups once it becomes accessible. Depending on how Sylveon will grow, it might be a highly accessible Fairy to add to your team, and it is a genuine cutie, with a gorgeous blue shine too.

Evolving from the small and charming Bergmite, Avalugg boasts a huge 240 defensive stat and is a pure Ice type. In the main series it can learn both Blizzard and Avalanche, and if it is allowed access to both skills in GO it will be a tremendous complement to any Dragon slaying squad.

First and foremost, Florges is a stunning design! If you like aesthetics, this will undoubtedly be a lovely addition to your collection, and I can see it being quite popular with AR photographers. This might be an excellent cheap choice for raiders since it evolves from Flabébé, which we believe will be a frequent spawn.

Florges is a Fairy type that will not only kick dragons to the curb, but it also has access to several powerful Grass type attacks in the main series. If it gains access to these moves, it may be a game changer, since having access to the grass moves without the grass vulnerabilities is a major changer!

Kalos introduces a slew of new Dragon types, which are usually among the most sought-after in Pokémon GO. Even if they aren’t entirely meta significant, they are likely to be uncommon spawns and much sought for as lucky Pokémon.

Tyrantrum is a dinosaur that evolved from Tyrunt. This grumpy-looking Pokémon is a Kalos fossil with a dual Dragon and Rock type and a decent combination of weaknesses, but what a cool-looking addition to your collection.

Goodra is a personal favorite, having evolved from the slug-like Goomy to the snail-like Sliggoo before becoming a slightly snotting Goodra. Goodra has been given some incredible stats in Pokémon GO, including an attack stat of 220, a defense stat of 242, and a stamina stat of 207. It will be a true tank, and depending on the moves it receives, it could be an incredible battler and raider.

Noivern, a bat Pokémon with dual Flying and Dragon typing, is one of the more unusual dragons. Unfortunately, this typing means that Noivern will be completely destroyed by Ice types, but Noibat and Noivern are really unique looking dragons that my little goth heart can’t wait to get my hands on.

Dragalge is a Pokémon that looks like a cross between a seahorse and a kelp. It develops from Skrelp, a Water and Poison type, to shed the water typing and become Dragalge, a Dragon. Dragalge isn’t going to change the meta, but it’s another dragon to add to your collection.

Read More: The Top Pokémon to Catch at the 2022 Global GO Fest

The Kalos region brings with it 3 new legendary Pokémon, and 3 new mythicals. Zygarde, Xerneas and Yveltal form the Aura Trio as the 3 legendaries for Kalos.

Zygarde is a very popular legendary with the dual typing of Ground and Dragon, which means it absorbs more damage from those pesky Ice kinds. It might be very effective if you have access to techniques like Earthquake and Outrage! The snake-like shape is merely one of five possible forms, which include Cell, Core, 10% Forme, 50% Forme, and Complete Forme.

It will be interesting to see if Pokémon GO includes all of the forms, as the Cell form cannot use any moves and is actually a collection of single cells that add up to form Zygarde, Core forming part of Zygarde’s brain, 10% Forme being hound-like, 50% Forme being snake-like, and Complete Forme being a bipedal humanoid.

Hoopa is a legendary, Psychic, and Ghost type who might quickly become a new go-to for getting Machamps kicked out of gyms. It resists combat techniques and has a maximum CP of 4014, making it one of the larger Ghost kinds! Hoopa has two forms: Confined and Unbound, and when the Prison Bottle is used in the main series, it transforms into the Unbound form. We anticipate that GO will be published in two distinct formats, similar to Deoxys.

Xerneas is a stunning legendary with a stag-inspired design and two modes: Active Mode and Neutral Mode. It possesses Fairy type, therefore it is solely vulnerable to Steel and Poison. It will dominate the ranks of the Kalos dragon slayers and will be a major hit with the AR community. It outperforms popular favorite Arceus in its fairy form, with a massive attack stat of 275!

As a mythological with dual Water and Fire typing, Volcanion has some extremely fascinating typing! It is commonly referred to as the steam Pokémon, and it definitely has a distinct appearance. It has a strong attack stat of 241, a defensive stat of 210, and a stamina stat of 190, making it a tank for sure.

Diancie is a Rock and Fairy type mythical, Kalos region loves a fairy type! Diancie is unusual in that it is a mythical that can Mega evolve, the only mythical that is currently able to do so. It has a really pretty design and it will be interesting to see how GO implements this mythical because of its ability to Mega evolve. Typically Mega energy is gained through raiding, so this could be released similarly to Darkrai, via raids rather than a special research line when its Mega is eventually introduced.

Yveltal is a dual Flying and Dark type that will most certainly be regarded a top-tier Legendary when it is introduced due to its tremendous stats. Yveltal is a beast with an attack of 275, defense of 203, stamina of 270, and a maximum of 4514 CP! It’s renowned as the Destruction Pokémon for a reason, and it’ll be popular among raiders looking for high IVs. Yveltal looks badass from a design aspect, complementing that dark type and seeming demonic, a really interesting addition to the Pokédex.

Kalos’ Pokédex is smaller, but it has some fantastic new entries! With a heavy emphasis on fairy types and dragons, we’re excited to see what movesets these Pokémon get and, as a result, how valuable they will be.

Which Pokémon from Generation VI are you most excited about? Pokémon Go Fest Seattle 2022 has begun, with attendees spending their time between Seattle Center Park and the city itself as they complete different Collection Challenges and try to meet new Ultra Beasts. Specifically for this event, which runs from July 22 to 24, players may complete event-exclusive Special Research to meet Buzzwole for the… 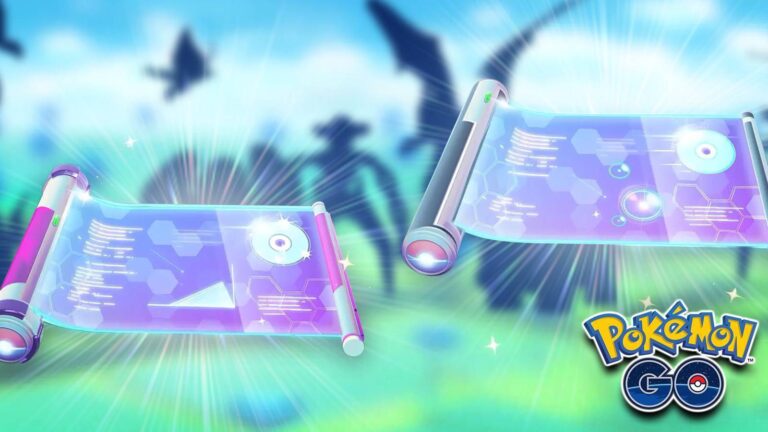 Pokémon GO Cliff Guide – Counters and Lineup in April 2022: An extensive aide in how to overcome Team GO Rocket Leader Cliff in Pokémon GO. We got you covered with the best Pokémon to use against Cliff, paying little mind to which line-up he utilizes. Recall that you can rematch Cliff assuming you lose…