June 2022 Community Day: Deino Community Day will be avaible at June 2022 at that includes  the opportunity to get a shiny Deino, Hydreigon with Brutal Swing, bonus Tier 4 raids, 2x Candy and Candy XL bonuses, 1/4 Hatch Distance, and more goodies. 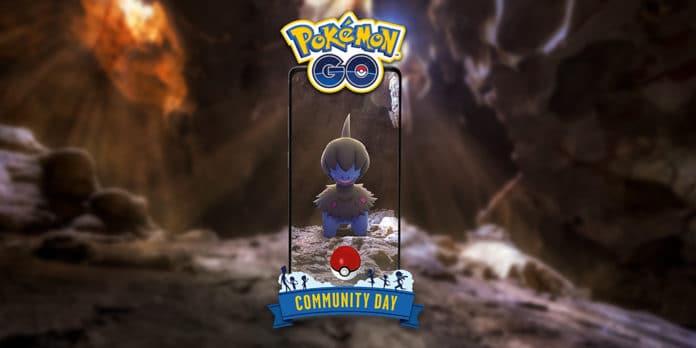 For the first time, June Community Day will include a post-event after the three-hour Community Day program. Trainers will be able to take on unique four-star Raids starring Zweilous, as well as unlock new spawns throughout the Gym.

Evolve Zweilous (Deino’s Evolution) during the event or up to five hours later to get a Hydreigon who learns the Charged Attack Brutal Swing Dark.

Brutal Swing is a move of the Dark type with the following stats:

Collaborate with other Trainers to get access to extra perks. Wild Zweilous will arrive at the Lured PokéStop if enough Pokémon are captured with the use of a single Lure Module.

You will be able to earn event-themed stickers by spinning PokéStops, opening presents, and buying them from the in-game store.

Deino Hat may be bought for 150 PokéCoins from the in-game store.